5 Reasons Why YouTube Is A Great Place To Learn Science 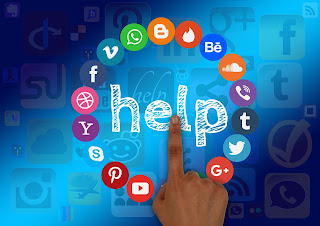 It may have been that in times past, scientists avoided platforms like YouTube because they seemed to be the destination of every star crazed youth, or those who dreamt of stardom, but lacked the necessary skills to achieve it. However, social media platforms, and YouTube in particular, have gained a lot of mainstream credit. They are an inexpensive, and effective way of communicating with your target audience. So, it is no wonder that educators, scientists, and others have begun to utitilise the platform to educate, inform, and advise.

So, with no further ado, let us consider 5 reasons why YouTube is a great place to learn science.

The great thing about YouTube is it's pervasiveness! It is everywhere, and covers just about everything! Because of this, you can find information on just about everything. The audience also knows this, that is why Science educators, and Scientists, must work hard to be heard on the platform.
If you don't fill the vacuum, someone else will!

Unfortunately, Social Media Platforms are full of misinformation. As such, 'fake news' abounds. And, whilst the Platform owners work hard to weed out fake news, educators and Scientists can step up, and counter the fake news with facts.
Whilst some people will never be convinced, a few studies, results, and surveys can do a lot to ensure that the population has, at least, an informed opinion on which they can base their conclusions.

Think Bill Nye the Science guy, and you'll understand how popularity can really hone those communications!
You never know, your secret talent may not be Science, but may be a Science influencer!

4/ Science Trek - The Next Generation

As a science educator, you can boldly go where no one else has gone before! And, as a benefit, educate the next generations of...well just about everyone!
Be the Picard of YouTube Science, and bold go beyond where others have gone before!

As mentioned, YouTube has, at times become the haunt of fake news, and misinformation. As a facts based educator, you will not only get your message across, educate the next generations, but also to increase the worth of YouTube as a reliable medium for information.
It's a Win-Win situation for Science folk, Audience, and YouTube itself! 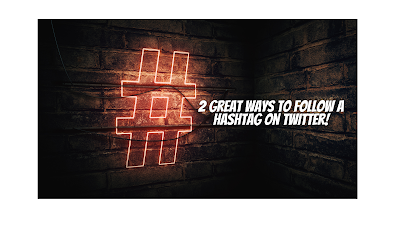 5 Top Digital Marketing Influencers For Your Business in 2022

When it comes to Digital Marketing, the number of possible options has simply exploded! Now, what I mean by Digital Marketing influencers is not those overseas call centres who tell you that you're not on Page 1 of Google and, if you send them a small amount of money, they will fix that...and then, after paying, they disappear! No, I am referring to influencers who have a track record of success in the field of Digital Marketing. So, with no further ado, who has really lit the field alight, and is expected to do so in 2022? Neil Patel - Via The QuickSprout Blog When it comes to Digital Marketers who influence the most, Neil Patel deserves your consideration. With a tremendous fan base, and recommendations from sources such as the The Wall Street Journal, Neil has a proven track record. One of my personal reasons for recommending him, are the number of tools that you can try, and use effectively, to get your business ranking in no time. I have mentioned the QuickSprout Blog, howeve 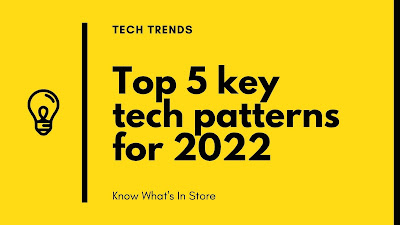 Top 5 key tech patterns for 2022  Know what's coming for business tech methodologies in the coming year. We will let you know which ones to look for.  Patterns are helpful to know. For a certain something, they help you not to look odd when someone utilizes the most recent popular expression. You would rather not be reacting that your information texture is cotton, presently isn't that right?  We as of late invest energy introducing the best essential innovation patterns for 2022 in classes of development, change and trust.  We should take out a couple of you should give close consideration to. The following are five vital tech patterns for 2022.  Absolute Experience or TX.  This joins every one of the Xes. Your client experience, representative experience and end-client experience are totally combined. In Total Experience, each experience's chief is similarly answerable for the joined requirements of clients and workers. The thought is to build client and worker certainty